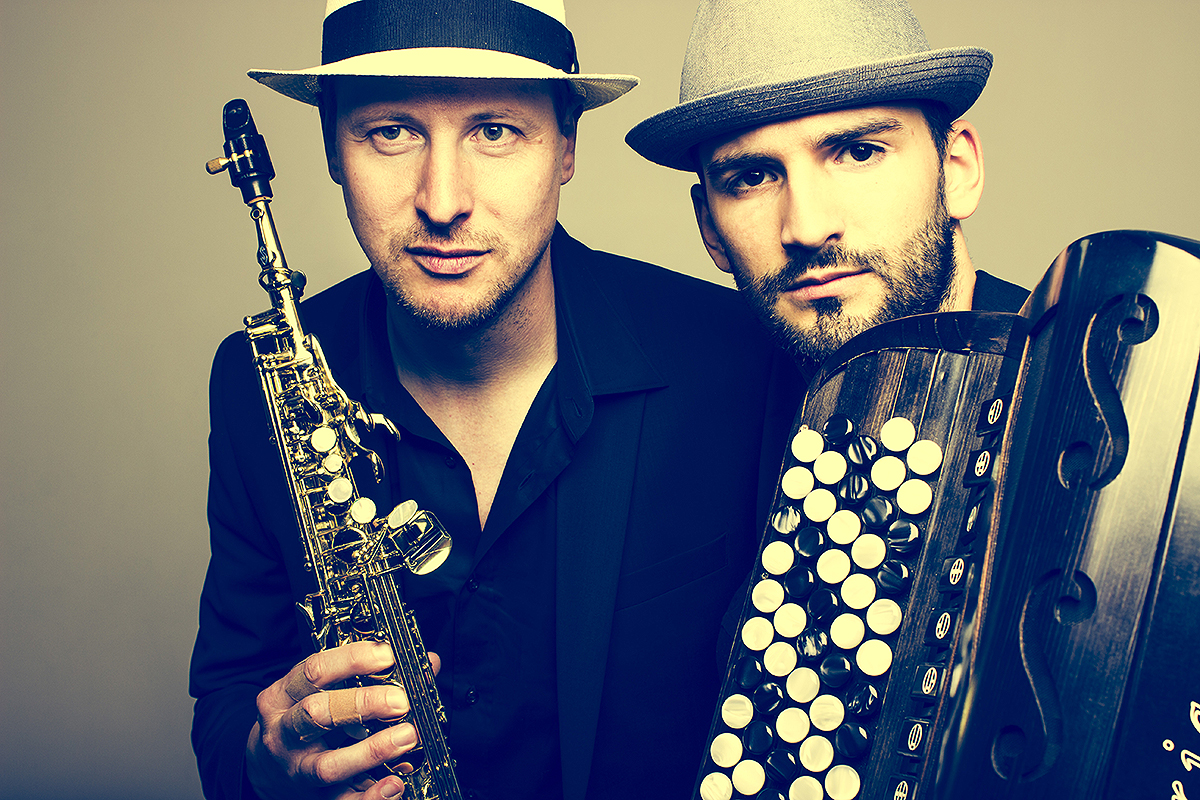 The two musicians from Vila Madalena have met at one of those famous, lavish Serbian weddings that last until the wee hours of the morning and where “live music” is a must. Serbian accordionist Nikola Zarić, notable for his virtuoso and energetic style of playing music, finds a great fellow musician in Franz Oberthaler, a clarinetist and saxophonist from Tyrol, author of original compositions and a wonderful instrumentalist. The music they perform can be described as an exciting journey into the world of discovery. Full of playful wit, genre-blending, different ways of sound extraction, musical traditions and complete stylistic independence. With their compositions, the two performers build many “bridges” between their own original compositions, the rhythms and melodies from Eastern Europe, the fiery flamenco and the passion of tango, “sprinkled” with Viennese spices, etc. Vila Madalena ignite an amazing firework of world music, which shines in different colours in each composition.

Franz Oberthaler studied classical music first at the Mozarteum in Salzburg, and then continued at the University of Music and Fine Arts in Vienna (Universität für Musik und darstellende Kunst Wien), in the class of the famous clarinetist and saxophonist Klaus Dickbauer. Several trips to New York and lessons from great musicians deeply influenced his development as a performer and composer. In 2006 Franz Oberthaler started with the organisation of Tiempo Jazz Night, regular concerts featuring talented performers and composers. He is currently working on his second solo album, in which he presents original music, strongly related to Bulgarian rhythms.

A Serb by origin, Nikola Zarić was born in Vienna. He has been playing the accordion since he was 7 years old. He studied at several Viennese conservatories, following his teacher Jovica Radosavljević and is currently a graduate of the Vienna Konservatorium. He has won awards at classical and folk music competitions in Italy, Germany, the Czech Republic, Slovakia, Austria and Serbia. Despite his young age, Nikola Zarić has gained extensive experience in various genres and caries out an intensive concert activity in Central and Eastern Europe.