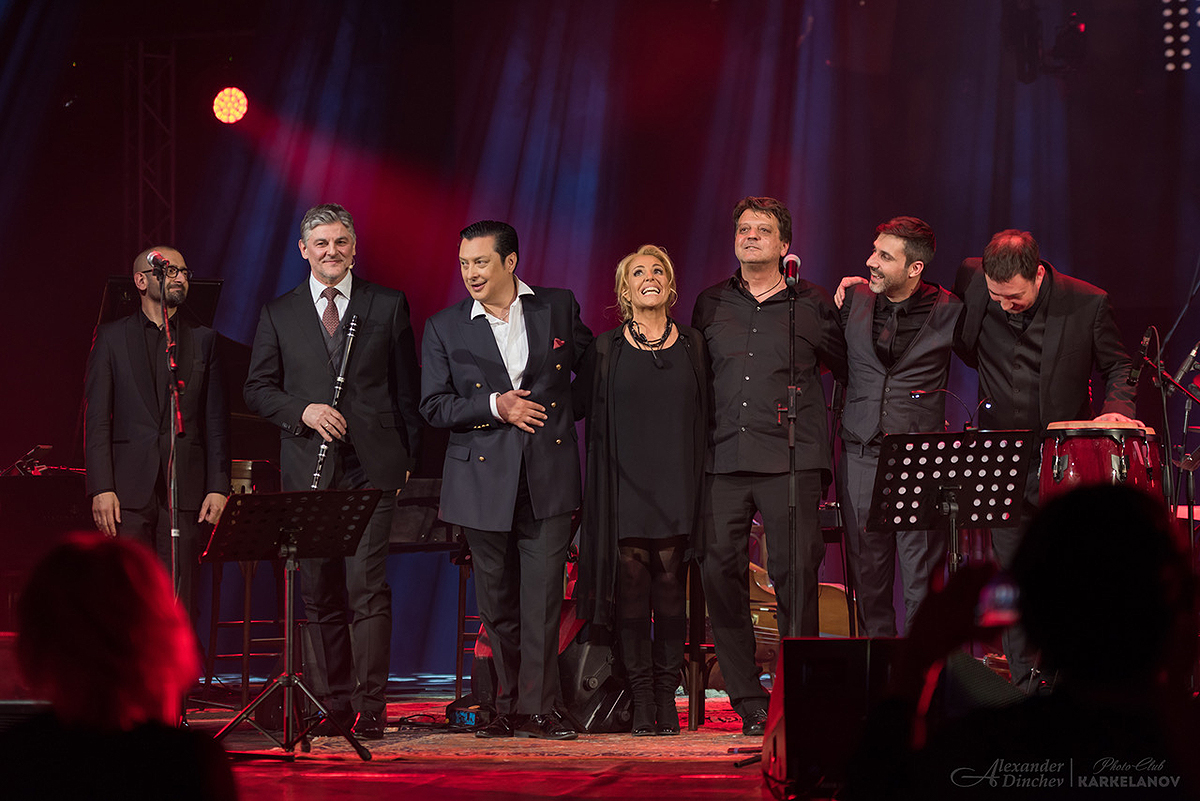 The charming Hilda Kazasyan together with her amazing musicians and the Pleven Philharmonic Orchestra will accompany us in the magical world of film music from their favourite movies with the project Let's listen to the movies.

The content of the concert is touching the souls not only of the cinema and jazz lovers, but also of the people whose music preferences include not only jazz. The programme consists of the most popular and beloved melodies from Bulgarian movies ever, like „Favourite 13“, „The Goat Horn“, „Adaptation“, „Yesterday“, etc. As Hilda thinks, this programme is just made to be performed at open stages and summer theatres, reviving the forgotten romantics of the old times.

At the stage next to Hilda and the Pleven Philharmonic Orchestra with director Borislav Yotsov, will perform the most famous and influential Bulgarian jazz musicians like Hristo Yotsov, drums, Zhivko Perov, piano, Dimitar Karamfilov, contrabass, and Michail Yosifov, trompete.

The multimedia, which is considered to be the main performer in this composition, is a creation of Vasil Karkelanov.

The fantastic arrangements, which give a new life to this popular and beloved music, are made especially for this occasion by Zhivko Petrov and Hristo Yotsov.

Hilda Kazasyan grew up surrounded by music. Her father is the famous composer and long-term director of the Big Band of the Bulgarian National Radio, Vili Kazasyan. Her mother is Nadezhda Kazasyan. Hilda spent her childhood listening to Frank Sinatra, Ella Fitzgerald, but also to all music and songs her father was composing, arranging and rehearsing. She began playing piano already at the age of five and completed the Music School in Sofia in the percussions class. She continued her studies following the same direction in the percussions class at the National Academy for Music, where her teacher and mentor was Prof. Dobri Paliev. After her graduation, Hilda went to Italy for a specialisation in percussions. Now it is clear that Hilda was born to sing jazz. And not only. In her teenage years she was a lead singer of the Bulgarian Youth Big Band. There are many records in the Bulgarian National Television and the Bulgarian National Radio (among those, one of the first records is a collaboration with Todor Kolev and the song „Big Ones and Little Ones“). Hilda has an impressive and gradual career in the music industry as a musician and artist and has participated in all important jazz events in Bulgaria. Hilda Kazasyan had big concert tours in Russia, the UK, France, Belgium, Serbia, Poland, Japan. She has published seven album – Cover Girl, Why not, Put the zip on your lips, Jazz&Samba, Stay silent, don’t talk, Jazz&Me and Hommage to Ella Fizgerald (as well as one DVD from the concert Gershwin, whom I love). Her popularity is the reason for several invitations to be part of the jury in TV music programmes like „Bulgaria is searching for a talent“ and „Like two water drops“. She received the award „Crystal lyre“ as well as the special award „Sofia“ for the music events she is organising in her beloved city of Sofia.