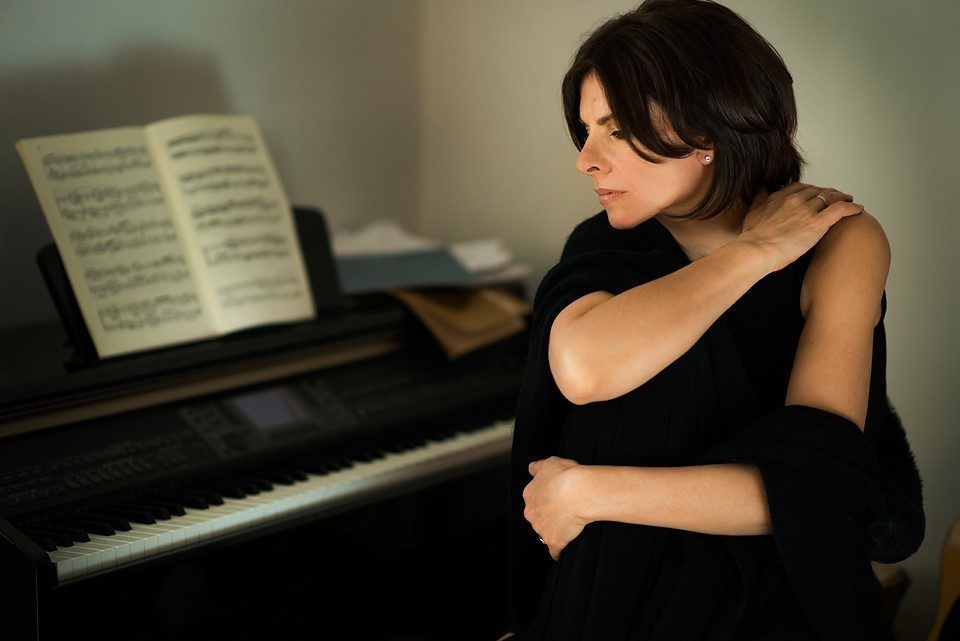 Teodora Enache- Brody is one of those musicians, which are able to seamlessly transition from jazz to classical music, going through the theories of ethnic and world music. Her approach to the classical pieces is pioneer and original. Her talent is supported by extraordinary musical education which allows her to make smooth transitions between African rhythms and standard jazz. Teodora likes to say that: “Regardless of our personal stories, issues and passions, language, geographical location and religious beliefs – we are one and the same”

Even though Teodora is currently living in Germany, her background story starts in Romania. She gets her Bachelor of Mathematics in Iasi, Romania and then she goes and gets a diploma as a jazz vocalist, in that same university. She is strongly influenced by Ella Fitzgerald and Miles Davis.

In her rich experience, she has shared а stage with Stanley Jordan, Curtis Fuller, Daniele di Bonaventura and Al Copley. Also, she has collaborative projects with the bass player Benny Rietveld, who has 9 Grammy Awards and used to work with Miles Davis. Currently, he is a musical director and main bass player for all of Carlos Santana. Both of them organize a tour throughout Romania, which then leads on to the creation of the “Transfiguration” album, which was recorded in Las Vegas and Abbey Road’s studio in London. Another one of their collaborative projects that leads to instant success is the award for “Best Short Musical Movie "on the Poppy Jasper Movie Festival (USA).

Another collaboration that plays a role in shaping Teodora’s career is with one of her musical teacher, Johnny Raducanu, who has established the Romanian Jazz School. He is also known for his interesting nickname “Mr. Jazz of Romania”. Together they release the first DVD with Romanian Jazz in the States, which is called “Jazz Made in Romania. Two icons of Jazz”.

Teodora’s success continues to grow when in 2004 she becomes the Romanian Cultural Ambassador in the USA.

Teodora Enache- Brody is considered to be the pioneer of the ethnic jazz in Romania. She is an honored guest to some of the most prestigious European Jazz forums for more than two decades. She contributes by showcasing her original programs, in which she combines different musicians from all around the world, proving that regardless if you are Romanian, Bulgarian, Jewish or African, the inspiration comes from the same roots.

In the last couple of years, Teodora continues to work on her vocal abilities as she reaches the astonishing 5-octave range. She is also famous for her incredible variations that go through the jazz spectrum and rearrange famous works by Bartok, Enescu, Beethoven, Pachelbel and Vivaldi. In 2019, this major project leads to multiple awards such as “Best concert of the Year” and “Best Musician of the Year” in Romania. This is only one of many awards that she has won throughout her career, the first going back to 1993 for “Best New Voice” for the Jazz Festival in Sibiu.

What Bansko can expect is one of these astonishing jazz experiences that will take you to a journey through the world of the Classics under the name “The Sound of the Root”. Three dimensions are collected in this magical adventure – Jazz, Classical music and Folklore. Teodora Enache- Brody manages to create an original program which combines her interpretations of famous works by Bartok and Enescu, as well as her original pieces from the Romanian and Indian folklore. Both dramatic and sensitive, with an implacable taste for swing, Teodora Enache- Brody on the stage of Bansko is definitely something worth experiencing. Enjoy this marvelous journey of Romanian Jazz stunningly created by Teodora Enache- Brody!