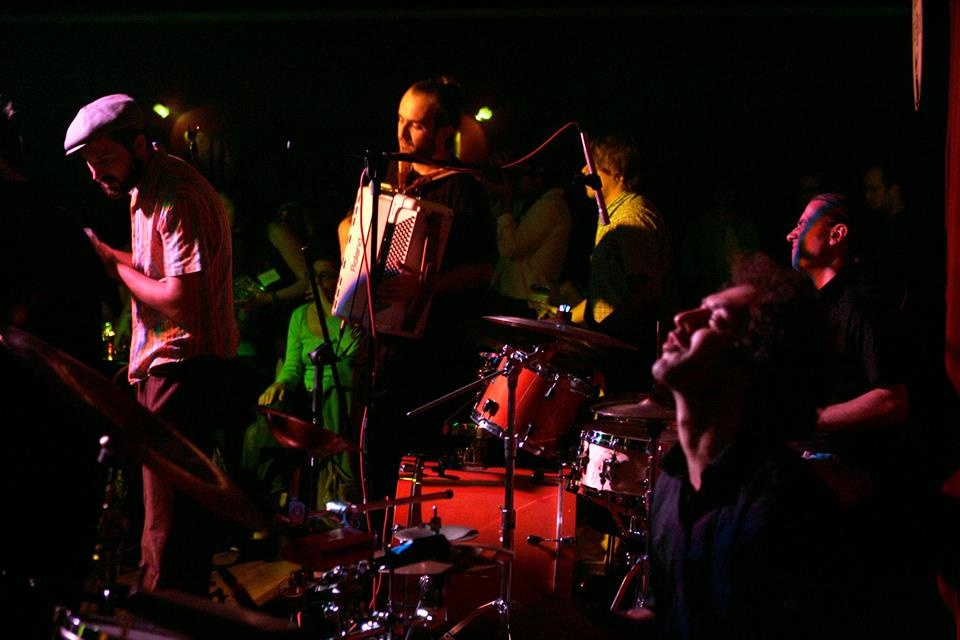 Foltin (Фолтин) is one of the most noteworthy and popular bands in North Macedonia. It was formed in the town of Bitola in 1995. The band members are of Pece Nikolovski (clarinet, harmonica), Branislav Nikolov (voice), Pece Trajkovski (accordion, keyboards, guitar), Goce Jovanovski (bass), Slavco Yovev (drums) and Marjan Stanic (percussion). Foltin's music is difficult to define, it sounds unpredictable and challenging: surreal, passionate and witty, dynamic and full of surprises. The musicians easily combine different genres like Jazz, Gypsy, Pop, Rock, World music, and even Electro acoustic, creating an original and remarkable sound.

Their language is also unusual. Over the years it gradually evolved into Anglo-Macedonian hybrid. Earlier on, their lyrics was based on the imaginary mixture or phonetic imitation in different languages ​​without any semantic meaning. Foltin's concerts are often turning into real performances. Foltin describe themselves as an “electro-acoustic pseudo-emigrant cabaret”. So far, the musicians have released 20 albums. Deeply connected with the theater and its various forms, they have composed music for more than 20 theatrical productions and 12 films, including the documentaries Honeyland (with three awards at the Sundance Festival, nominated for the 92nd Academy Awards), Cash & Marry and Avec L'amour, as well as the internationally acclaimed Secret Ingredient by Gjorche Stavreski (also nominated for the 91st Academy Awards).

Among their most unusual live performances is the concert on a ship in the Seine. They have twice played in prisons in Paris, on a ship in Lake Ohrid, etc.