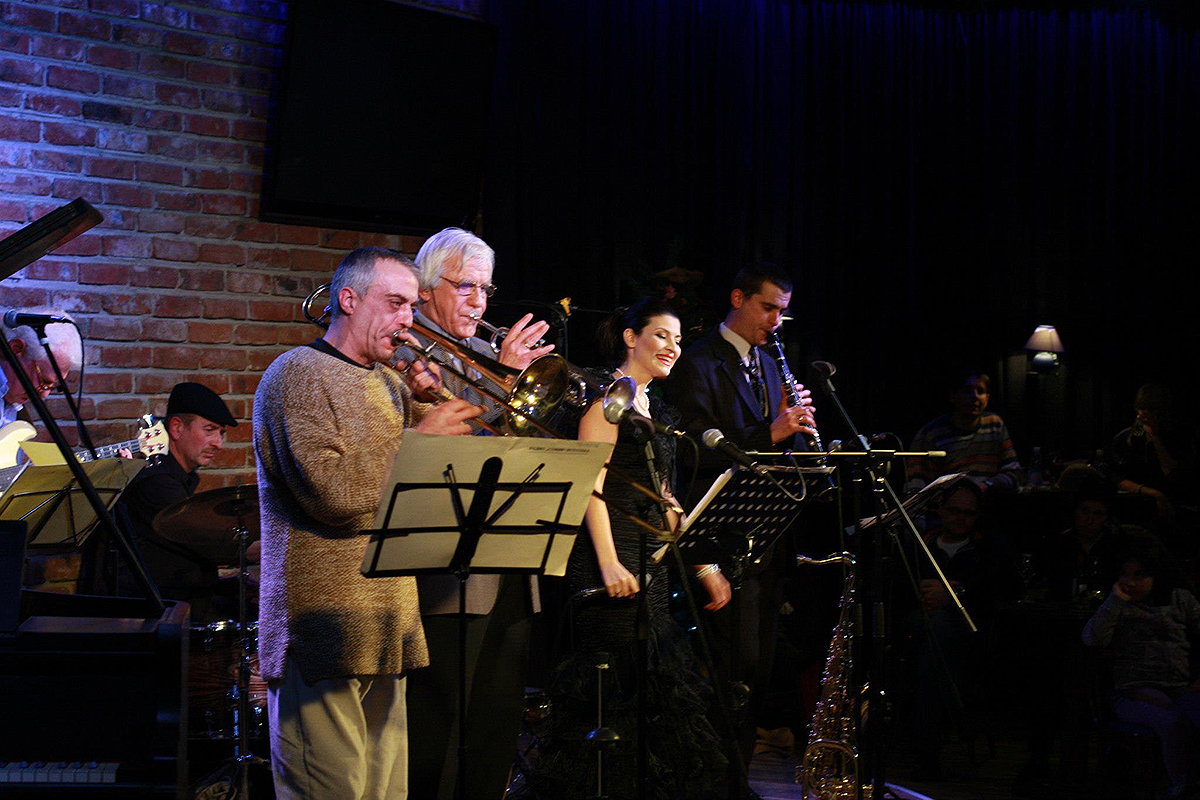 In 2007 Gencho Vartovski, a trumpet player in the Big Band of the Bulgarian National Radio, received invitations to participate in several jazz festivals in Bulgaria. Among these is the Gabrovo Dixieland Parade, which has become international over the years. (Unfortunately, in 2007 was the last edition of the Festival.) Gencho Vartovski gladly accepts the invitation, as it gives him the opportunity to present himself through his beloved music. For this purpose, the musician founded an instrumental sextet with his colleagues from the Big Band of the Bulgarian National Radio. The members of the sextet are the guitarist Ognyan Veskov, the trombonist Tsvetan Troyanski and last but not least the clarinetist and saxophonist Atanas Hadziev.

As the sextet achieved success at Gabrovo Dixieland Parade, as well as at other festivals in Bulgaria, Gencho Vartovski decided to continue with the project by diversifying the repertoire in terms of genre. The creation of the Old Gold Band, a band originally created on a specific occasion, is an excellent opportunity for the members to play the music they like. In addition, the friendly relations and the atmosphere of collegiality in the sextet stimulate the work of the musicians. Step by step, the appointments of the Old Gold Band, and not only at the festivals, increased. In fact, the Old Gold Band is becoming a universal band, i.e. without stylistic restrictions, Dixieland, Swing, or Be-Bop. Popular music and hits are also favoured, including songs of Tom Jones, Frank Sinatra, Bob Marley and especially the singer, bandleader and trumpeter Louis Prima.

In August 2021 the Old Gold Band will perform in this year’s edition of Bansko Jazz Festival. The band members include talented young musicians such as Stanislav Arabadziev, keyboards, and Emil Tasev, percussion, but also experienced musicians such as the bassist and arranger Mitko Gidishki, the clarinetist and saxophonist Atanas Hadziev and the trombonist Tsvetan Troyanski, as founding members. The brass section also includes Georgi Stoykov, second trumpet and flugelhorn.

At Bansko Jazz Festival, the vocalists Veleka Tsankova, Vera Chandel and Petar Salchev will also perform with the Old Gold Band. Gencho Vartovski has invited the guitarist and singer from Cyprus Panagotis Zachariu. The programme is diverse and includes popular music and original compositions, especially arranged for the occasion. Vocalist Peter Salchev has chosen music once performed by Ray Charles, and Vera Chandel preferres songs from the French musical tradition.

Today, the founder and leader of Old Gold Band Gencho Vartovski enjoys true  longevity as a musician. There are many examples in the history of jazz in this regard. For instance, the 94-year-old American trumpeter Doc Severinsen is still active nowadays, and the Bulgarian singer Leni Valkova released her debut album at the respectable age of 93.

Dear friends, get ready: Gencho Vartovski is here! The oldest active trumpet player and bandleader in Bulgaria! We wish him a long life, inspiration and creativity, because just as the saying goes, “Success lies ahead”!