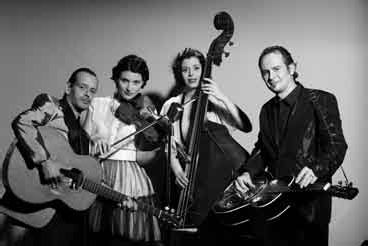 Lilly of the West was formed by Lilly Drumeva in Sofia
in 1996. Shortly after releasing their debut album, the band toured successfully throughout Europe and the US. Running Sneakers | Shop Athletic Footwear

They were voted “best European bluegrass band of the year” in 1998, also winning several International Bluegrass Music Association awards in Nashville. Lilly of the West has a large repertoire, including country, bluegrass, swing, jazz, pop and Irish folk standards.

The band has released 8 albums to date; the latter has been recorded in Prague with some of the
best Czech musicians.